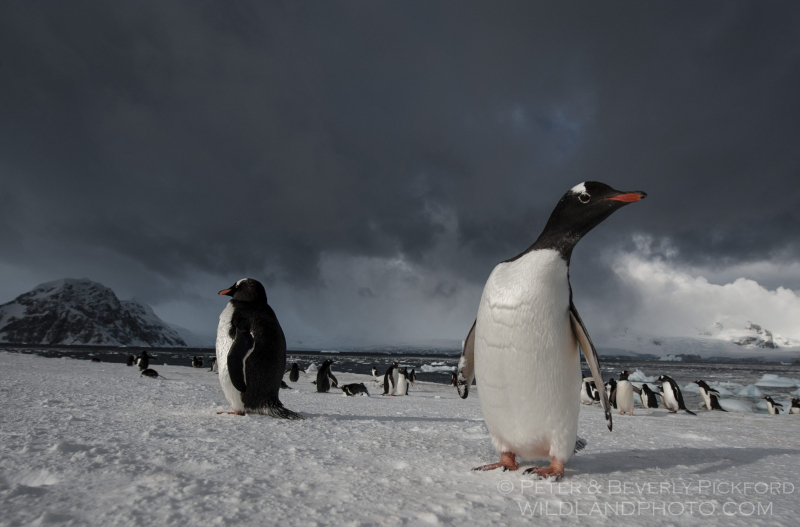 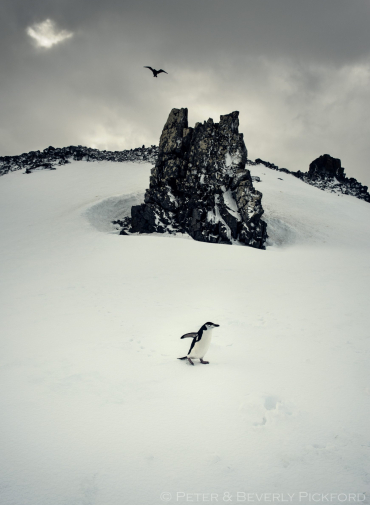 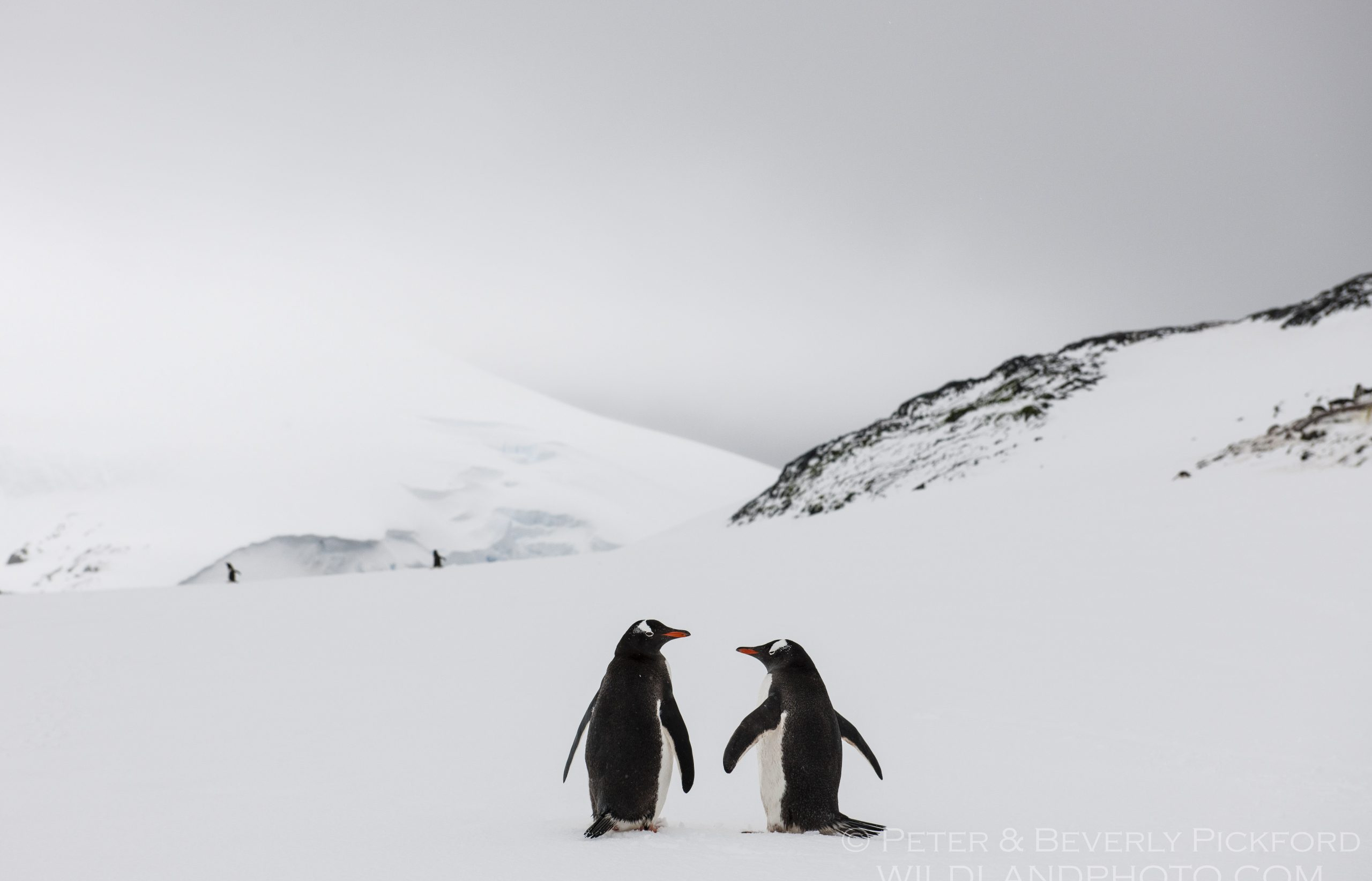 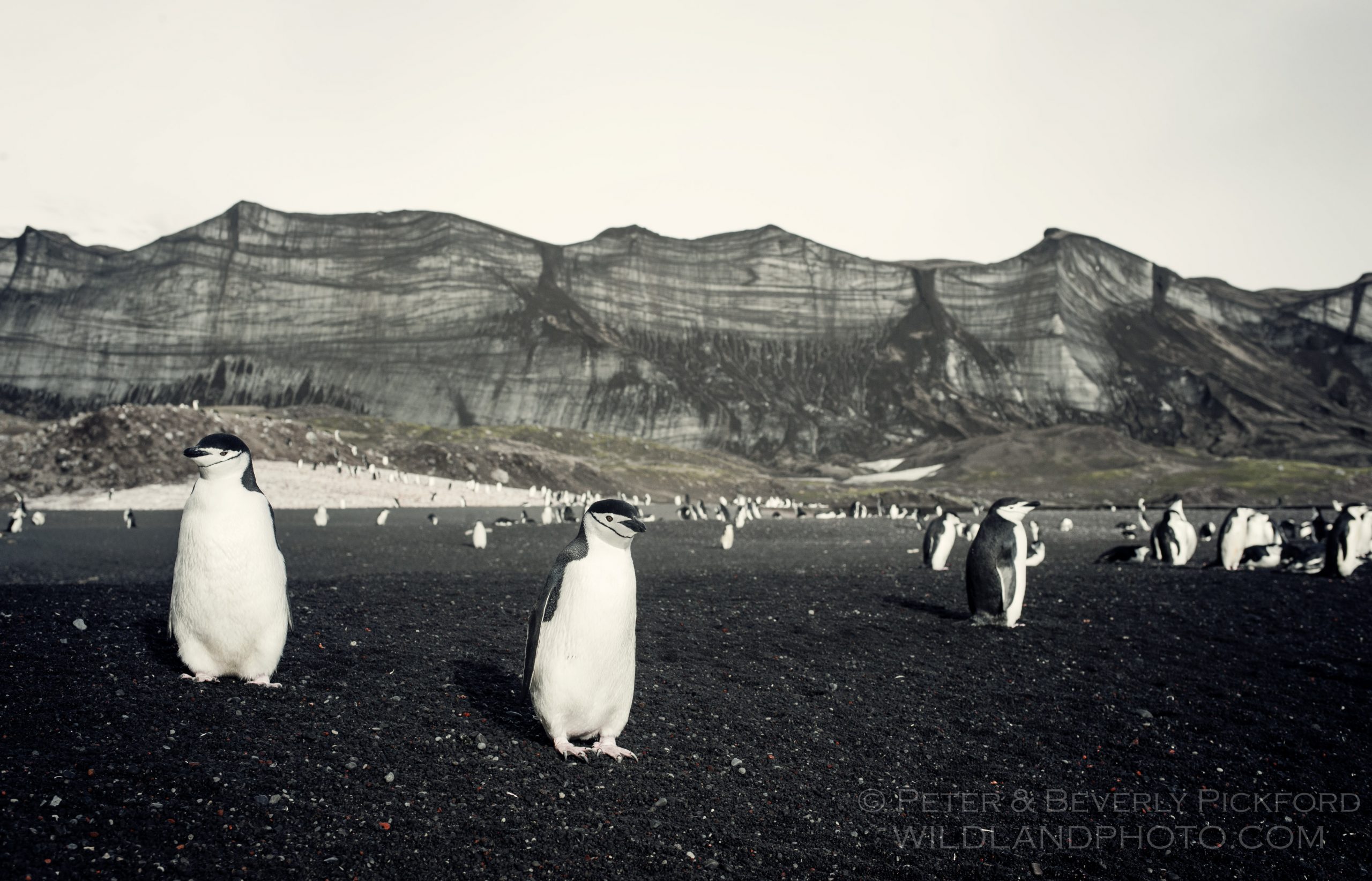 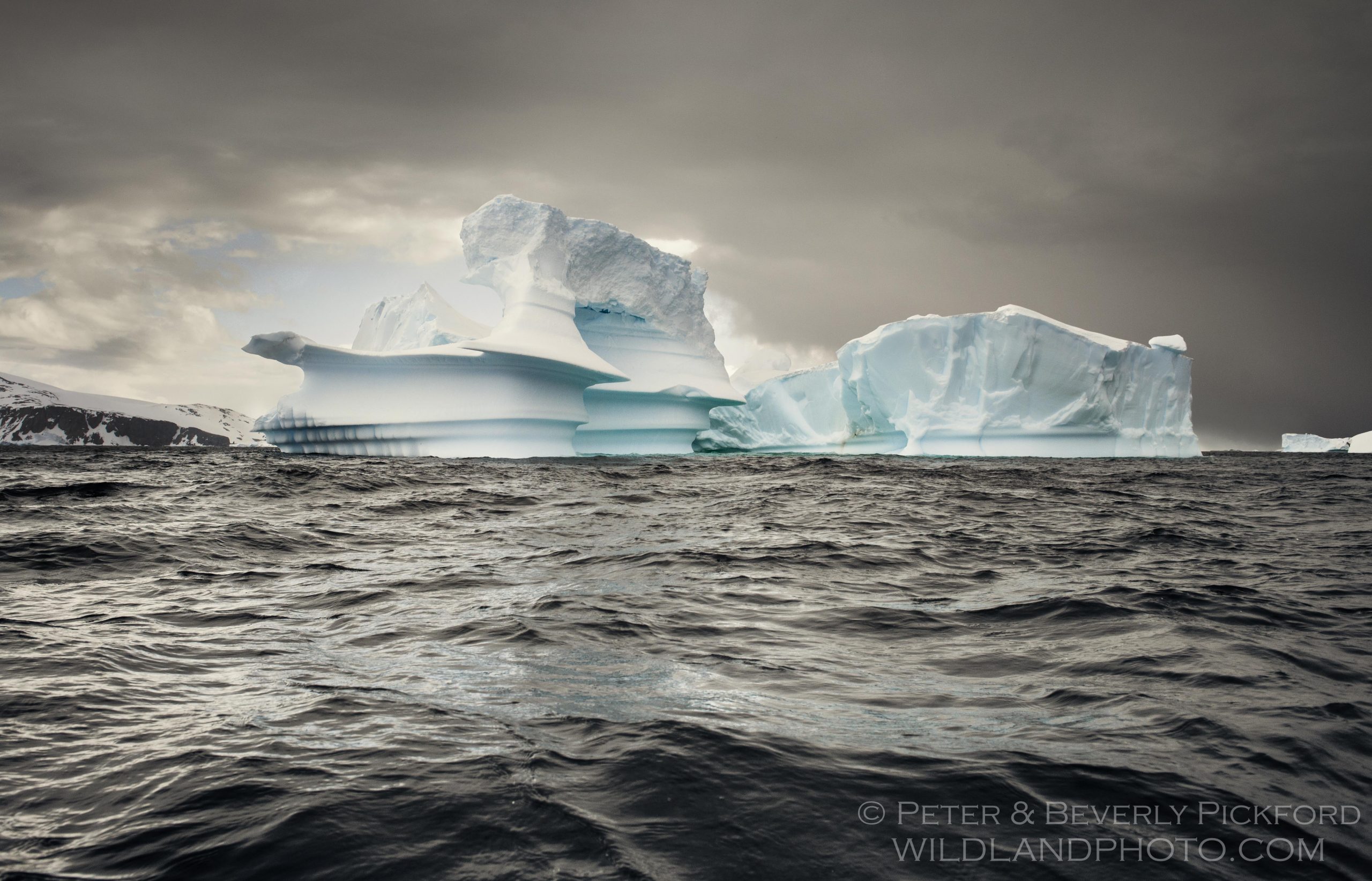 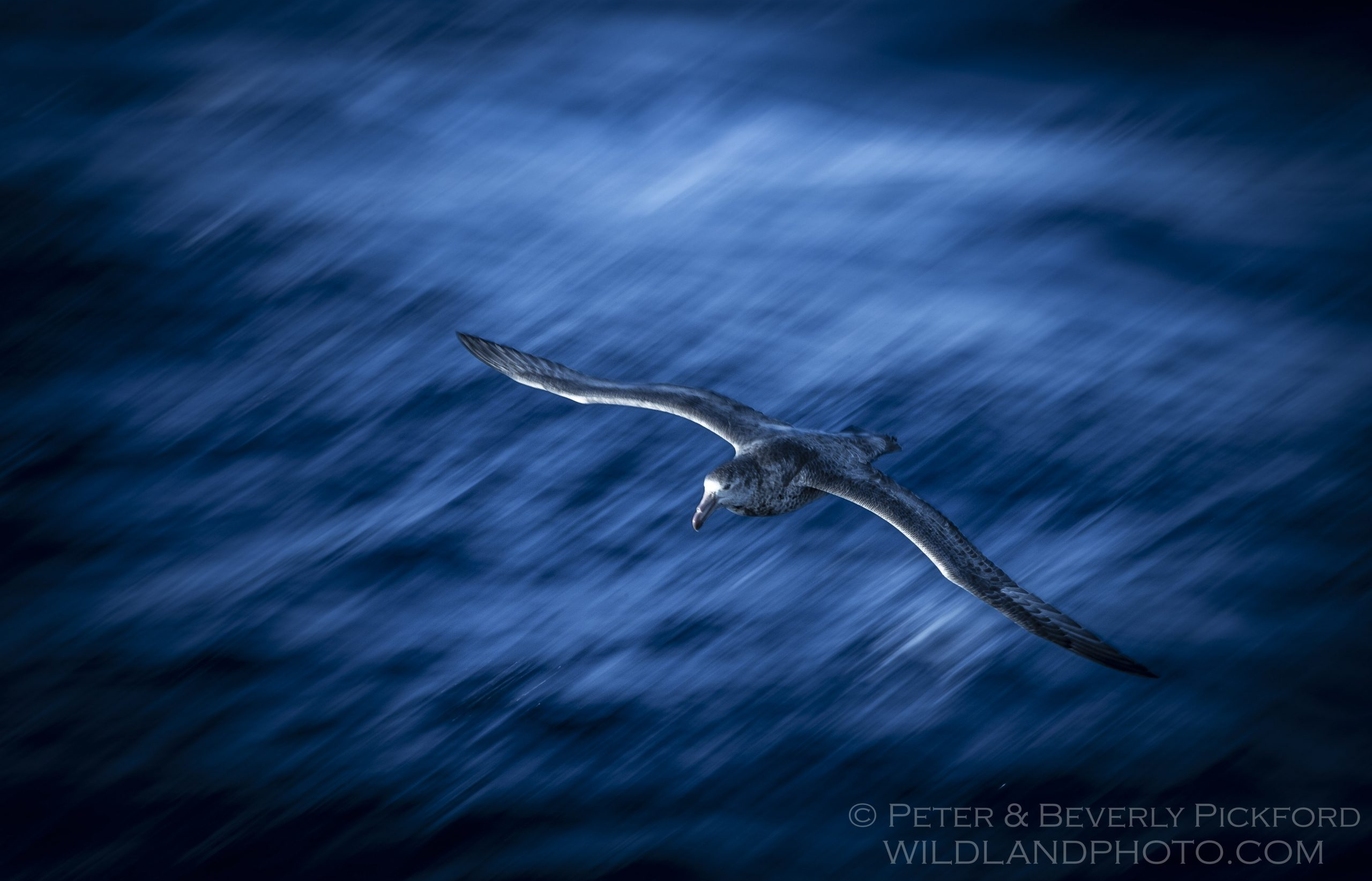 Antarctica and the subantarctic islands

Leaving Andvord Bay we turn south-west, however, at 64°42’S, 63°02’W the Gerlache Strait is choked with ice. The captain noses the ship gently to its edge but there is no way through and we must turn around.

As we head north-east, Nate Small, one of the expedition team, whose sharp eyes found distant polar bears for us in the Arctic, spots a pod of killer whales far ahead. As we draw closer and definition improves, it seems that they are hunting. The pod is moving fast, all the whales together. The ship closes from behind – one and a half kilometres, one kilometre, nine hundred metres. The whales are at speed, surfacing only briefly.

‘Blood in the water!’ Beverly and I hurry to the foredeck with our cameras. Through my longest lens I can see an oil slick forming on the surface. The orcas are milling in a tight group. As the ship closes, so do the birds, and out of a seemingly empty sea giant petrels and Wilson’s storm petrels gather over the foaming melee, in numbers that are soon in their hundreds. There are more orcas than I can reliably count; among them the tall dorsal fins of the males emphasise their size. There are babies too. One lifts its head clear of the surface, a long streak of bloody meat hanging from its jaws. At times they are all below the surface, the birds hovering in anticipation above. It is clear that they are diving after their kill, then dragging it back towards the surface, for when they do break into view again there are so many moving in a confusion of courses that the sea is driven into a short chop.

When I stood I thought I glimpsed my own desire. The landscape and the animals were like something found at the end of a dream.