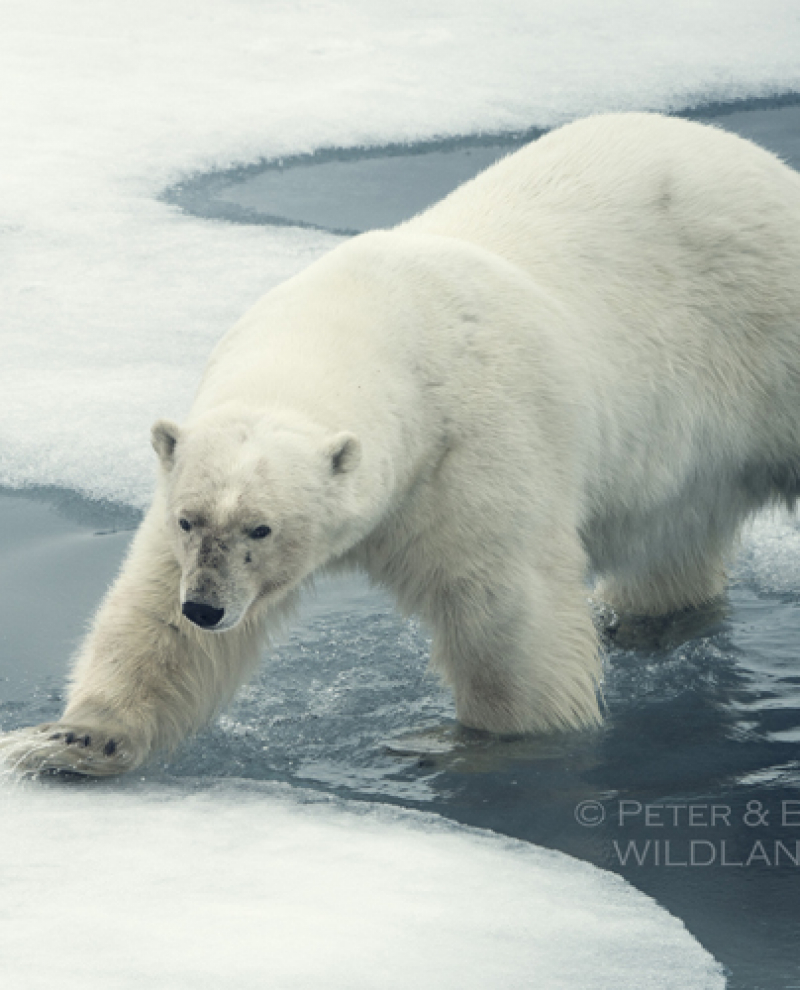 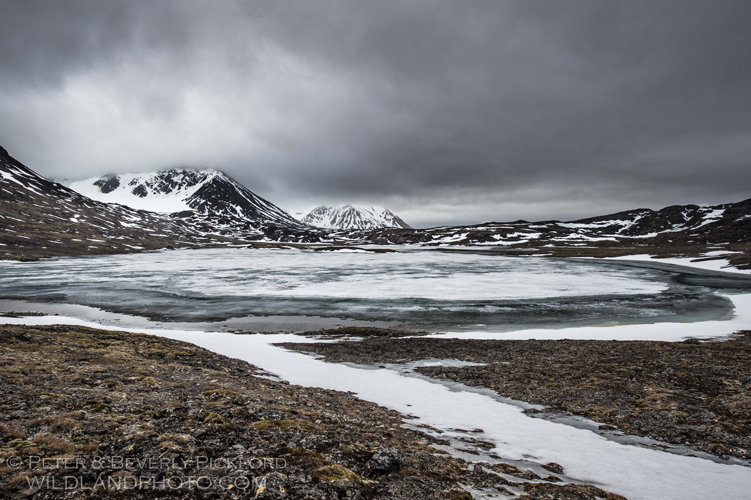 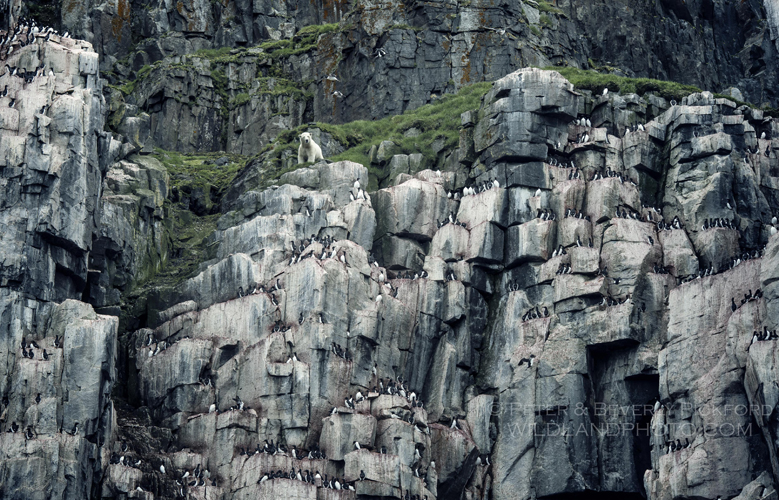 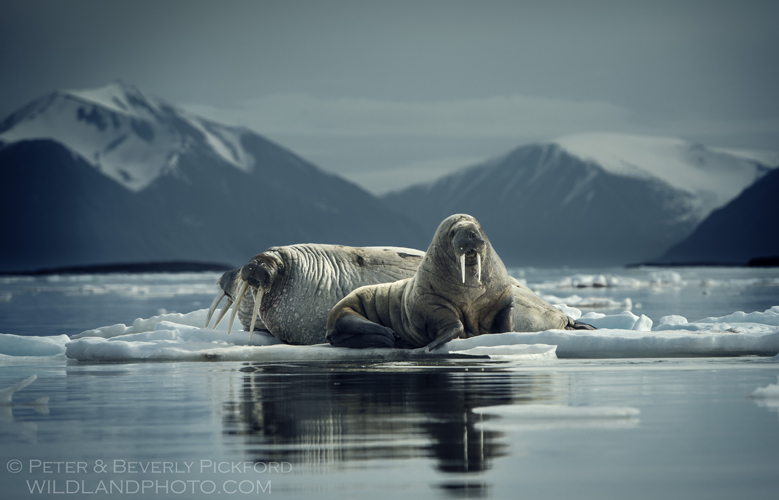 It is after midnight and the sun has softened – drawing longer shadows – when the male polar bear finishes his second bout of feeding and moves twenty or so metres from the carcass to sleep.

The female’s approach is almost a stalk. She watches the male more than she looks at the food, and follows an exaggeratedly zigzagging path as she works her way forward. She steps onto the floe where the kill lies, on the side closest to the ship. Her footfall is as tentative as a child touching a stranger’s beard. The ship, for all its bulk, is remarkably silent – holding its breath. The squabbling of the gulls cuts loud through the tension.

The female steps forward following the edge; the kill twelve metres upwind; the male beyond. I am amazed that she remains following the sea edge of the ice floe, for if the male wakes and charges, she leaves herself no alternative but to swim. She is at the narrowest point, between the edge and the kill, and as she steps forward towards the prize the male wakes. He charges. And to my utter amazement she stands her ground.

Dr Ian Stirling is shaking his head. The male, at nearly twice her size, is no contest – he has photographs in his book of adult bears that have been killed by others and cannibalized. She would make a substantial meal. However, the male stops just short of contact. They both hold their jaws half agape and circle the other’s head, separated by only a few centimetres. The female turns her neck to the male and lowers her head in what I recognise as a submissive gesture. He lifts his neck, head cocked downwards, and lips drawn a little back. Her head drops lower and she takes a step back. There has been no actual contact.

In his thirty odd years as a polar bear scientist, Dr Ian Stirling, has never seen a female take such a risk.

By our apathy we are making the world empty of what is wild.