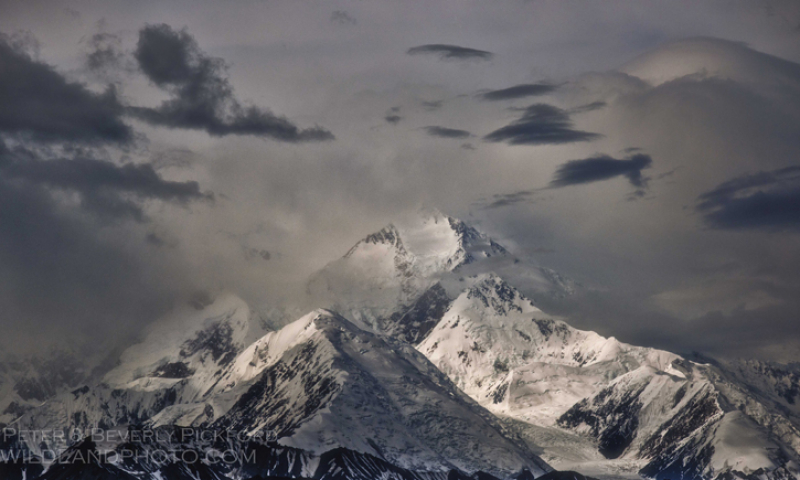 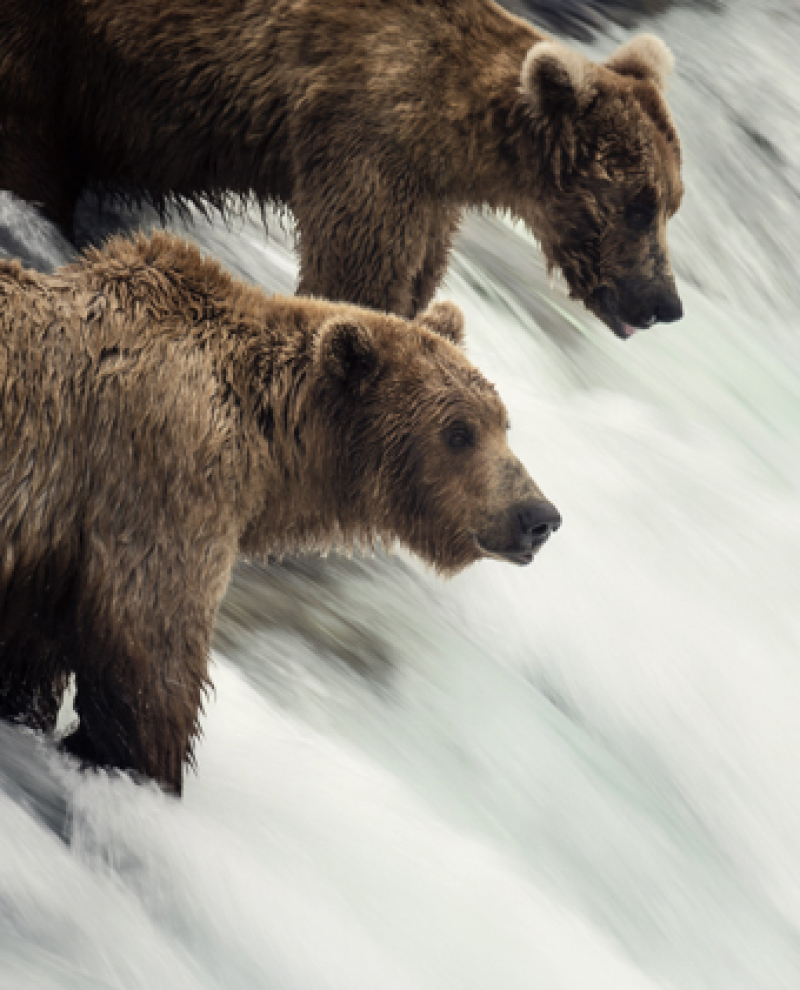 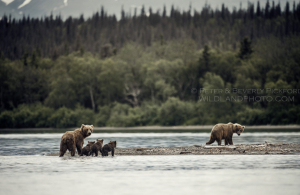 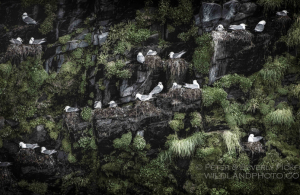 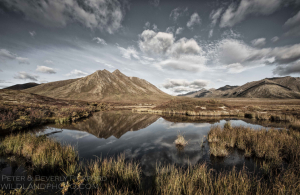 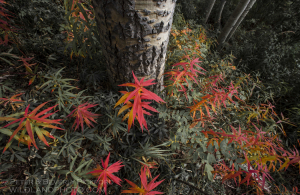 ALASKA AND THE YUKON

Half an hour later the fog dissipates, as quickly as it came. And as we lug our gear in relays the kilometre down the beach to the landing site, the sun is warm on the side of our faces. On the last run to the landing site, Beverly and I are in the lead, dragging two cooler boxes and shouldering a bulky, but light, drum, when I notice a grizzly bear approaching from the far end of the beach. It is still a dot, and our unattended gear piled at the landing site sits almost halfway between us.

We pick up our pace and for a time it seems that we will arrive at the cache first, with a minute or so to spare. The bear is walking surprisingly fast, however, and despite dropping the drum and walking as hurriedly as the dragging coolers allow us, I realise at three hundred metres from our cache that the bear will beat us to it. Unsheathing the can of bear spray from my belt, I leave Beverly, and begin to run. Fifty metres from our cache of gear the bear pauses to my shouting approach, then raises its head. For a few seconds it holds its ground and lifts its head higher, standing on the balls of its forepaws. I feel the hair at the nape of my neck prickle erect. The bear at close quarters is huge – just short of half a ton – and I feel puny and vulnerable. I shout louder, then glancing over my shoulder see Hugh Rose, our guide, coming at a staggering run beneath a load of shoulder-slung dry bags, two hundred metres behind. The bear drops to its feet and turns side-on, which I know from my time with wild animals is a gesture to emphasize its size. But, it hesitates, unsure in its stance and at my continued running charge it gives way and lopes up the beach and over the dune. I stand by our luggage breathless with a racing heart, the taste of adrenalin dry in my mouth.

We fly out into a clear sky, and looking down I trace the familiar contours of the land with my fingertip on the windowpane; longing already to return.

What we harvest by shrugging off what is obviously wrong in permitting the disappearance of our wilderness, as either not our concern or beyond our capacity, or too late, is silence.